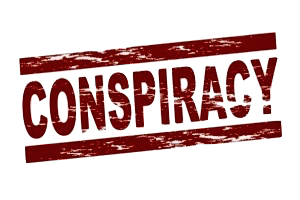 Many people are now awake to the lies and deceptions in our society;

but not nearly enough yet.

We, at the New Chartist Movement, don’t think we have that long before it will be too late. So if the general public do not get off their back-sides we’ll be in a state of tyranny before you know it. Some are arguing we’re already there in many respects.

That all sounds a bit negative and we’re not meaning to be - we’re just being realistic: there’s a difference.

Nevertheless, we have a lot to be excited about too: we are moving in the right direction and we think we’re getting close to a tipping point.

BUT… and it’s a big but. Many are still falling for the traps and deceptions. Unless people start being a little more savvy, we’re going to end up right back where we started

The New Chartist Movement is already...

Don’t believe us? Read on, and you’ll see why and how that is. But before you do proceed, be aware that we don’t like…

What we are about is Fairness and Justice - and we stand for the the principles of Common Law and Natural Justice.

The New Chartist Movement - what is it??

The New Chartist Movement is really an umbrella campaign for the community of people who are connected with, or loosely associated with, the British Constitution Group and the UK Column.

So who are the BCG and UK-Column?

The British Constitution Group is made up of a number of people, who, over the years, have awoken to the truth that not only are we being lied-to on a vast scale but that the political establishment have fundamnetally subverted the Rule of Law in the UK and the Constitutional arrangements under which this country is supposed to be functioning.

The UK-Column is an extremely successful alternative media source that came out of a local Devon-based group originally called the 'Devenport Column' fighting corruption in their area. Starting out by printing the truth about these local issues in January 2006, the readership grew fast and wide until they were producing online content, ebooks, documentaries and live weekday news programmes. They are a small group of volunteers.

What is the New Chartist movement wanting to achieve?

It is vitally important that anyone new to the NewChartistMovement, reads our 6 Requirements here. But before you do, here is a simple, quick version of those Requiements and what we're about:

1. We require the British Constitution and the 'The Rule of Law' to be put back in place as it really should be

2. An immediate end to Austerity, Poverty and Debt-misery - because it's actually not necessary whatever they may tell you!

3. The immediate protection of the nation's children from Child Traffickers and Abusers

4. No more cut-backs of our armed-services and Police

5. An immediate end to the current statutory system of 'law' that is secretly functioning as contracts under UCC

6. Science must always serve the benefits of all of humanity whilst protecting the natural well-being of our planet

What is the New Chartist Movement Not about

We're not a political Party - nor do we ever wish to become one!

The Deep State / 'Powers that were' have been very good at entrapment, deception, false flag operations and Psyops. (What on earth are all those?!) Basically:

The manipilation of public perception in order to gain and consolidate their own power.

They've created the political party system to limit us in our power because we have to fragment ourselves as the people rather than focus on our common desires. The voters get broken-down into ever smaller groups causing us to compete against each other.

So, we at the New Chartist Movement favour a mass, grassroots movement in which we simply spread the word about the lies and deception that have been perpetrated on us and the news of our Six Requirements as remedies for our situation. Once the sheer numbers of people with this knowledge reach a critical point (and we think we're quite close), we'll start to gain back our power as people.

They will really struggle to keep what they've done secret.

As with the previous point, we don't want to become a hierarchical group - because that makes us vulnerable to attack. Yes, there are some volunteers who have pulled this all together but we're not 'above anyone' in the hierarchy. There is a loose group of us who are keeping things moving but that's getting bigger and wider all the time. We're also not about ego-driven personalities. We don't want to be 'leaders'. Like you, we haven't got the time: we just want to be involved and help out. Come and join us and get involved yourself!

Progress is good but not as good as it should - or could be. Although the people are waking up to what is going on around them at certain levels, they are still not savvy enough. Unfortunately, many still display too much of our human qualities: trusting in the good of people!

"Surely they wouldn't do that, would they?"

And too many are still looking for a leader to guide them out of this situation.

Many are still not fully realising the depth of the deceptions, the trickery and the conniving nature of those currently still in control. Despite this, some are becoming more sophisticated at spotting it, thank goodness.

People need to be more incredulous and determined once realising the truth about what has happened. Convert that fury into motivation and single-mindedness to deal with this evil and deception.

Let's break a couple of examples of current deep deception:

We like a lot of what Tommy Robinson is saying. But we have to be careful. We think, at the New Chartist Movement, that there is something not right about this situation and we wonder whether Tommy is being used and deceived by the Deep State. He's highlighting some concerns, certainly, but often not challenging the real cause. Often, it's what he leaves out that makes one suspicious: not what he does talk about. Maybe he's being used as a tool of division without knowing it. 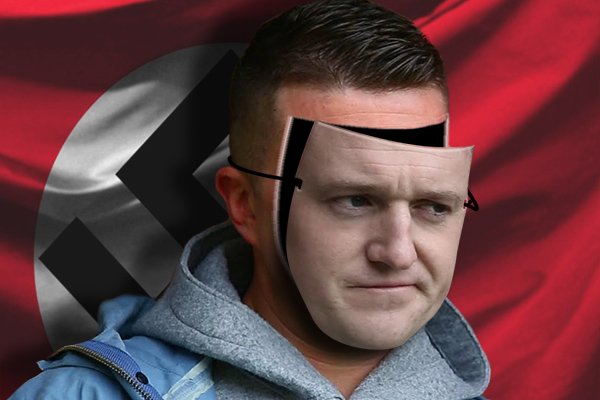 Yes, there are problems with extreme islamic groups being involved in the grooming of children. Despicable, filthy behaviour - we agree. But it's not just that culture that is involved. What about the high-level peodophiles in high positions of power in the establishment? What about victims such as Hollie Gregg and Melanie Shaw? It's right across the board, people? Tommy is probably involved in what one might describe as 'Divide and Rule' games of the deep state. There's a much more sinister game being played here and we must not fall for this.

Besides, remember the first of our 6 requirements: Re-establish our Common Law Constitution. Anyone involved in unacceptable behaviour will be dealt with by a jury and sentenced for their crimes by the people. We don't have to hang labels on these people and have others in society becoming guilty by association with that 'group' or label'. We've got to stop identifying people by their group! We are scoring massive home-goals by doing this. It's what they want us to do and we're still falling for it.

Be aware, also, that Tommy is clearly receiving massive funding. Do you know where from? Do a little digging yourself if you haven't already.

Well this one's been completely exposed within the last few days by UK Column and the New Chartist Movement. We had a suspicions for a long time that Brexit leaders - key figures that are leading the main Brexit organisations are engaging in deception and mis-direction. People have been (understandably) believing that these groups such as Leave Means Leave and the Bruges Group are indeed doing they say they are - helping the Brexit process. 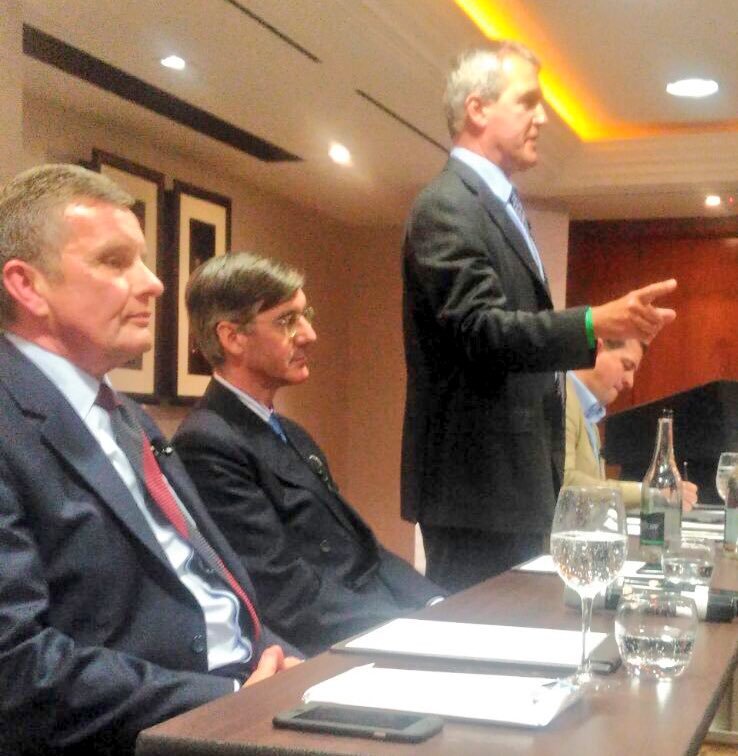 But, it now appears that whilst they have been saying, they, in fact, have been doing the complete opposite - helping to cover-up the fact that the British Establishment is accelerating the process of Military Unification with the PESCO process. They have done practically nothing to highlight this despite promising to do so.