If You're New to this Site, READ THIS FIRST 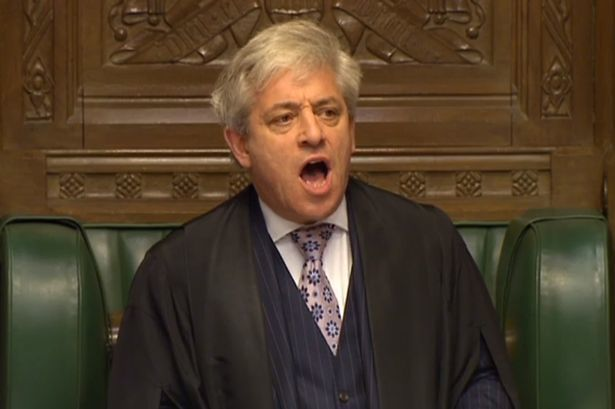 Aren't these halfwits meant to be working for us?

Do you like politicians? We suspect not. We're not that partial to them either. In fact we find them arrogant, pompous, often conniving and dishonest. OK, they're probably not all like that but the majority are and the modern party political system is perfect for them, because it reflects accurately the people that work within it.

It is no surprise that 'populist' movements (as they like to call them) such as the Yellow vest movement are now springing up all over the place. The British establishment (as is the French) is now scared because people really have had enough. (In fact people had already had enough years ago). Things are badly out of control because they can't do their jobs properly and they don't really understand what their jobs are meant to be.

I'm not sure we could even crack that well known line: 'I like politicians but I couldn't eat a whole one'.

Joking aside now, the entire political machinery is falling apart - not just here in the UK but all over the world. The power structures that have been holding this in place behind the scenes which we're not supposed to know about are being exposed for who and what they are. The Anglo-American establishment is now being seen for what it is: a nasty power-grabbing, rat infested network of evil agenda and greed who victimise and deceive the ordinary people not only in their own countries but right across the world.

Many people don't have enough to live on and the middle-classes (who previously were happy to see themselves as the successful and deserving slice of society) are now being squeezed and are realising something isn't right. People are paying vast taxes and getting little back for it. The money system is a total scam is deliberately supported by our dear friends in government who are supposed to be our servants.

They don't like being called 'public servants' so why don't we do it more often!

All of this stems back to one thing. That the people are meant to be in charge of their own government, but we've lost that control. Our governments have become infiltrated and subverted on a massive scale.

Are you aware that the UK has the most spectacular constitutional mechanisms to protect and uphold the sovereignty of the people?

The arrogant buffoons in parliament are either ignorant of this or are happy to keep this fact hidden. Well we at the New Chartist Movement are no longer going to stand by and allow this to continue. The British Constitution (and yes it does exist by the way) is the most spectacular creation in history. That is not an exaggeration!

The protection mechanisms that were built into it are astounding.

But unfortunately the establishment has done its best to cause this to become hidden over an 800 year period of history. Well we're digging it out and marvelling at it. Boy, is this some piece of work. The guys that put this together back in 1215 really knew what they were doing.

Most of the educated class in the establishment will tell you something like 'Oh Britain doesn't have a constitution - but America has got one.' That's a bit of an ignorant statement because much of the founding principles of the American Constitution came from England because the founding fathers of the United States understood just how powerful the British system of law and its constitution was.

Why? Because it places the people in authority over their government!

The big question is how. Well - simple - and incredible.

It allows ordinary people to decide on the justice of the law and throw out any legislation that the government creates!

Yes you did read that correctly! The people should have the power to annul (kick out) government legislation - no joke. It doesn't happen now because they've hidden this mechanism - but it should.

Forget voting in elections - that's not how people influence their government under a properly functioning British Constitution. The ridiculous modern party political system was never supposed to exist. So the whole voting thing is a complete distraction!

When the British Constitution is functioning as it should and how it was designed, the people control their government every day - not just every four years. We the people have the right and duty to test and check the fairness of government legislation through our Common Law Constitution.

Boy, is that just such a bitch for the ego-filled, conceited numpties in Westminster and the nasty, conniving creeps in the judiciary.and City of London.

Keep visiting this site and stay in touch with what we're up to!

We're linking up with other similar groups in other countries.

placing the people in authority over their government