Pandemic: The Invention of a Disease Called Fear 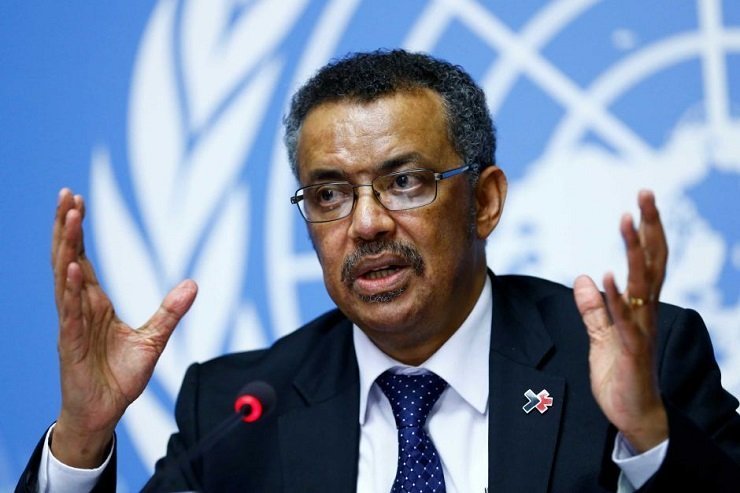 The word ‘pandemic’ bears a similarity to the word ‘panic’ and indeed ‘pandemonium’. In fact ‘pandemic’ evokes an almost instant flush of fear in those easily manipulated by mass media, before any details have even touched the surface or context in which the word is being used.

Those who plan the major moves on the chess-board of covert human control know that by leading with the word ‘pandemic’ they have an instantly effective weapon at their disposal to psychologically weaken the resistance of individuals vulnerable to irrational and impressionistic mind sets.

So, in a world heavily conditioned by the proclamations of the mass media, the fear weapon has a huge psychological power.

As we have all witnessed over the past months, the Coronavirus story has been unleashed with barely contained lascivious delight by news media under orders from the purveyors of malevolent missions against mankind. Pumped-up to maximum volume and dispersed globally, the deliberately designed fear message has the instant effect of making the majority of people feel powerless. The Big problem is at large—and we the people feel small. This is the beginning of an entrapment which colours every aspect of daily life.

Most of humanity has undergone a process of education which depends for its effectiveness on the perceived power of some ‘authority’ to exert an unquestioned controlling influence over the general direction of the life. A source of influence that depends for its continuing effectiveness on never being subjected to rational scrutiny, or genuine examination of any kind.  Such is the beguiling power of full-on indoctrination.

In the battle now raging for ‘who controls the world’, some of the largely hidden or disguised controlling agents of planetary life—are now appearing on the surface. And that’s why chaos and fear are very much ‘flavour of the month’.

The Corona Contagion is chock full of idiosyncrasies; in fact there are so many nonsensical factors associated with media attempts to report on what’s going on, that one can only feel dazed and confused should one try and follow the script in real time.

However, what has become all too clear is the fact that large numbers of people are being herded—and are not resisting. The scare tactics being employed are more dangerous than the virus that is the excuse for deploying them. Under this induced state of psychosis all manner of tricks can be perpetrated on mankind—and that is precisely what we are witnessing at this time.

Many reading this will already be familiar with the ambitions of the controlling deep state ‘elite’ and will know that a pre-planned phase of social and economic chaos is a key factor in their attempted roll-out of totalitarian New World Order. We are now in this phase. Its success depends upon a large body of people following the instructions passed down by the political puppets of the deep state and by the cowardly repetition of these instructions by the main stream media.

Save Us From Freedom!

Once again, the fear card plays a key role. This time, in keeping a constant level of anxiety and hysteria on the boil, while working to ensure that those able to recognise the true nature of the scam are coerced into not stepping out of line, thereby risking their job, security or status within the rigidly enforced master/slave relationship of the status quo.

The whole sick edifice maintains its momentum based upon pure top-down deception and exploitation. Yet those at the receiving end largely choose to remain oblivious of the fact that they are being used and abused for the benefit of a fascist ideal. By not rebelling in the face of such treatment—but instead  by complying with it—a mute populace establishes the basis of its own debasement and slavery.

These methods have been practised over and over again in the history of the world, and each time hindsight reveals the motivation to have been an obsession with power and control, and the perpetrators to be a small number of psychopathic despots. Whether taking the form of military might, religious dogma or modern day corporate and banking control freaks, provided the drama has been well stage-managed and the ‘might has produced fright’, the hegemons get their way.

How well is the roll-out being stage-managed on this occasion—and what is the plan?

Owing to the trans-planetary link-ups that take place today, the ‘master plan’ is no longer a regional or national affair, but a global one. The main players have hatched the plot long before any of us get to know about it and gatherings like the Davos Economic Summit and Bilderberger meetings are used to gain consensus on the timing and methods to be deployed.

In the case of Covid-19, its appearance on the scene—or at least the spreading of the story about something nasty going under this name—is timed to divert attention from the speeding-up of the installation of what are deemed to be important spokes in the creation of a totalitarian New World Order. For example, the roll-out of 5G microwave modulated Wi-Fi; a digitalised smart grid and ‘Internet of Things’; a robotic transport system; facial recognition population surveillance programmes; new strains of genetically modified organisms and vaccines, and so forth. However, the predominant game plan is to ‘re-set’ global finance so as to appear to be supporting the euphemistically named Green New Deal with its holy grail ‘Zero Carbon’.

The fact that China has likely been the initial bio-weapon target, does not detract from a more widespread aim to disrupt the world economy as a whole.

The effectiveness of this disruption depends upon the greater part of the populus being swept along in a bubble of blind belief in the authenticity of the ‘virtual’ story line. A line which disguises the very actual imposition of a fascist state.

I would say that the stage-management is pretty poor this time around. The plethora of contradictory and irrational clamp-down actions being imposed in the name of containing the bogey bug stretches the credibility of the operation to the braking point. In point of fact it’s a farce; but a farce which involves actual deaths and the support of a police state, cannot simply be laughed off.

Instead, it can be put under the spotlight and be seen for what it is, a planned manipulation of the people and resources of this planet, whose main goading-tool consists of the well rehearsed art of spreading fear and panic. And this, in turn, to undermine the rational and common sense based gift which we have all been blessed with from birth, and which—when in good order—can clearly see through the facade and hold the line of reason and truth.

Many have seen this ‘order out of chaos’ drama coming for years. The chaos bit is with us right now and very visible. The ‘order’ is to follow and consists in the emergence of a peace maker—or peace plan—that involves the lead croupiers raking the chips off the roulette board and cashing them in to their temporary satisfaction. Thus allowing for a little holiday period in which the weak kneed can rejoice at their survival and bless the emergence of the ‘new order’, under the authority of no matter who or what, so long as they can believe that the world has been saved from anarchy and ruin.

There’s a surprise in store for the cowardly imposers of chaos—it is our time that’s coming and not theirs. For ours is the True World Order which aligns with Universal Law, not the false laws of a manipulated status quo.

It is our re-emergent marriage with Universal Truth that is going to oust this scare-loaded pandemic and all similar manifestations of dark-side deception that have gripped this planet for far too long. Our true-world-order is going to take on this obsessed and demonic dynasty, so that it stumbles, falls and fails to rise again.

Seize this auspicious moment—and let us be joined as one in an unwavering commitment to get off our knees and stand firm in the cause of defeating the ghosts of chaos and fear.

Note to readers: please click the share buttons above or below. Forward this article to your email lists. Crosspost on your blog site, internet forums. etc.

Julian Rose is an early pioneer of organic farming, writer, broadcaster, international activist and holistic actor/thinker. His latest book ‘Overcoming the Robotic Mind—Why Humanity Must Come Through’ has been acclaimed as ‘vitally prescient’ by readers and critics. See Julian’s website for more information www.julianrose.info

The original source of this article is Global Research.

Coronavirus Project Fear Mind Control New World Order
Facts about Covid-19
How the Hell Did We Get Here?
The Bankers' Contempt for Humanity